Stephanie at The Enchanting Rose was holding her 10th teacup and mug exchange the beginning of March and I was so happy I was able to sign up. It was a little like having a Secret Santa in March!  So here is my Enchanting Rose 10th Teacup/Mug Exchange Reveal!

You could either exchange a mug or a teacup or both. Since I didn’t have much time to find a nice teacup I decided I would just join the mug exchange. The name I received to send a mug to was Deanna Hoyt who lives in Utah. Her favorite color is red and she likes to garden. Those are the two things I focused her gifts around. I started by crocheting her 2 red flower coasters. Then I bought 2 white mugs with red interiors. I used my Cricut to cut the words “Blessed” out of gold vinyl. In addition I bought a pretty white box with red flowers on it. Furthermore I added gardening gloves, red and white flower seeds, a notepad and herbal tea. It was so much fun putting all of this together! Finally I mailed Deanna’s package! A few days after I mailed Deanna’s package, I received my package from a lady that only lives about 30 miles from my house! Sharon Lane(check out her blog – Twisty Lane)  sent me some of the most beautiful gifts that were all wrapped in pretty paper! The first thing I opened was my mug – it is so perfect with all the roses! Then I opened the notepad and note cards. The note cards are almost too pretty to write on – don’t you agree? There was also a large variety of tea, a hot pad, a teabag holder and a tea storage container. So I’ve been drinking a different tea for breakfast every morning! It was almost like Sharon somehow already knew me – everything was something I would have picked out for myself! As a result of participating in this mug exchange I’m now looking forward to the one Stephanie at The Enchanting Rose will be holding in the fall! It will be sometime in September or October – hopefully you will join up as well!

This site uses Akismet to reduce spam. Learn how your comment data is processed. 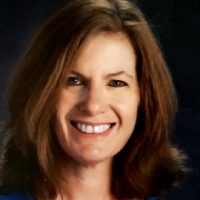